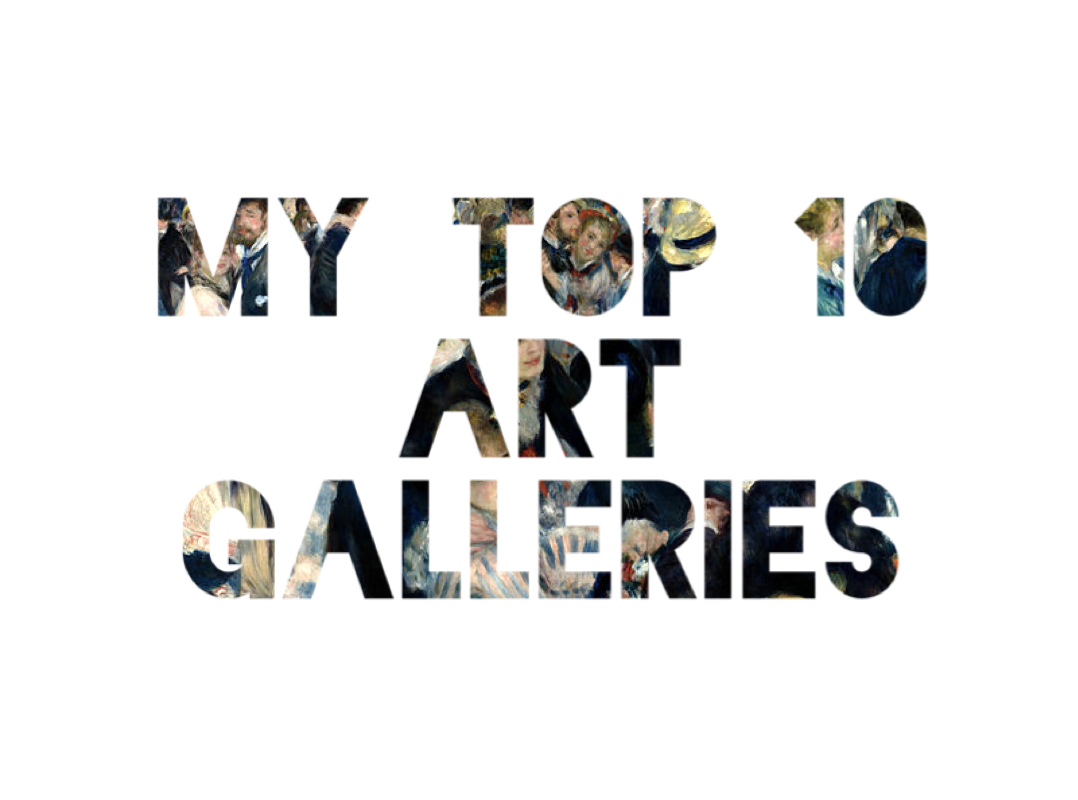 Everyone loves art. I love art. Art is everywhere in town, but walking through all the top 5 art galleries is a marathon challenge. One requires energy, good legs, stamina, strategies, time, strong desire, and passion… It is all about my pick of top 10 European classical art museums in the world !

Everyone loves art. I love art. Art is everywhere in town, but walking through all the top 5 art galleries is a marathon challenge. One requires energy, good legs, stamina, strategies, time, strong desire, and passion…

The Musée d’Orsay was originally a train station on the waterfront of Seine and it has a great collection of artworks, mainly from paint masters Paul Cézanne, Claude Monet, Édouard Manet, Vincent van Gogh, Pierre-Auguste Renoir, and more. I would have put MO a lower ranking has it not, together with Musée de l’Orangerie, lifted its ban on “photography in the galleries” last year – which is an exciting news worth celebrating! Even better, selfie sticks remained in the ban.

My visit to the Vatican Museums was intense. Not because of the time constraints but the amount of artworks was almost… “Suffocating” – I sincerely, though, meant it in a good way, an exciting way, and a marvelous way. For a country 1/8 the size of New York’s Central Park, the museum was took up 10% of the space and it housed magnificent works from Renaissance artists like Raphael, Michelangelo, Leonardo da Vinci, Caravaggio, Filippo Lippi, and again, much more. The museum welcomes over 6 million visitors a year.

Instead of having paintings hanging one by one on the wall, the museum showcases mainly sculptures, engravings, wall hangings, and frescos… Everything was displayed so big and so compact my eyes didn’t know where to go. It’s really hard to imagine how much artworks one could create in a lifetime. I actually gasped the moment I was led to the Gallery of Maps, mostly because I was already so overwhelmed I wasn’t prepared for it. There was not an inch of the wall and the ceiling in the gallery that was not painted with refined details. Same thing happened in the Raphael rooms, and then the Sistine Chapel…

Artwork(s) for the day: I am going with the Gallery of Maps. Sistine Chapel and Raphael Rooms, of course, are not to be missed! 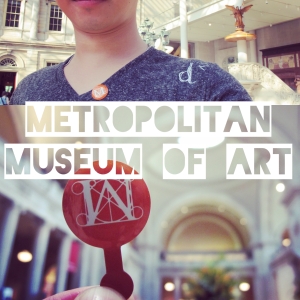 It is the largest museum in the Western Hemisphere. To me, I ranked it a little bit higher than the Vatican Museums based on its diversity. Although it’s call a museum of art, the Met sounded more like a museum of history. The museum features more than 2 million objects from all around the world, from the east to the west: artworks from Southeast Asia, Japan, China, India, Middle East, Egypt, Europe, all the way back to the America. From small pieces of jewelry, paintings, figurines, sculpture, Choir screen from a Cathedral, Façade of a bank, tome from an ancient Egyptian civilization to a Temple of Dendur… all of them are stored in this gigantic museum complex.

More, visit the terrace of the Met and enjoy a glorious view of the Central Park!

Artwork for the day: The Temple of Dendur.

It was one of my earliest art museum encounters and I finally realized how “big” an art museum could be. When I was in Central Saint Martins I could visit there almost every day because the campus is right around the corner on the Tottenham Court Road, and unlike its peer museum giants all over the world, the National Gallery is, seriously, FREE. It is not the main reason I rank #2, just because the gallery is really impressive. I couldn’t feel my legs for days after the visit as I couldn’t remember how many times I got lost in the maze of rooms with (probably just to me) the complicated maps in my hands, panicking where to turn and what to see next.

In fact I thought Victoria and Albert and the British Museum should have been in the top 10 list, but they seem a little bit different from the other art galleries in the top 10, so… they could be a close #11 and #12 :).

Artwork for the day: It was probably personal, but I hope many would agree – van Gogh’s “Sunflowers”. There were quite a few “Sunflowers” in the world, but this is the one. 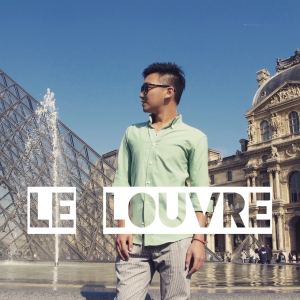 I supposed there was not a list of top 10 art galleries in the world that Le Louvre was not in the – at least – top 3. Simply it is so world-class inside and out. Serving as a famous art museum for two centuries very few would remember that it was once a striking medieval fortress on the bank of the River Seine in Paris. Love it or hate it, the addition of I.M. Pei’s glass pyramid in the center of the courtyard was a bold move. To me, it sets the bar of how to integrate the old and the new.

Inside treasure are countless. The museum housed fine art paintings from Italian, French, Spanish, Flemish, German and British painters; historical objects like sculptures, engravings, figurines, from basically all over the world, even from the Assyria Empire, Ancient Egypt, Greek and Roman Empire.

Don’t forget to make your way through the beautiful Jardin de Tuileries after your visit and view the famous water lilies at the Musée de l’Orangerie to complete your artst day in Paris :).

Artworks for the day:

Do you have any ideas about the three must-see masterpieces – the museum’s three great ladies in Le Louvre?

The Venus de Milo – An ancient Greek lady sculpture done by Alexandros of Antioch
The Victory of Samothrace (also called Nike of Samothrace), and incomplete, headless Greek victory goddess, and the great surviving masterpiece from the Hellenistic Period.
and… huh, (don’t tell me you can’t even name her) Mona Lisa.

See them for yourself, but good luck squeezing your way up close ~ 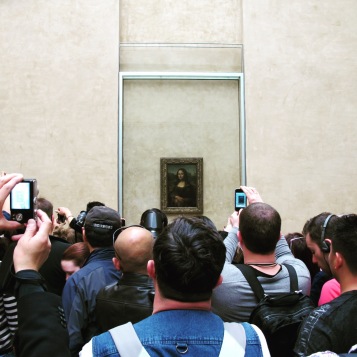