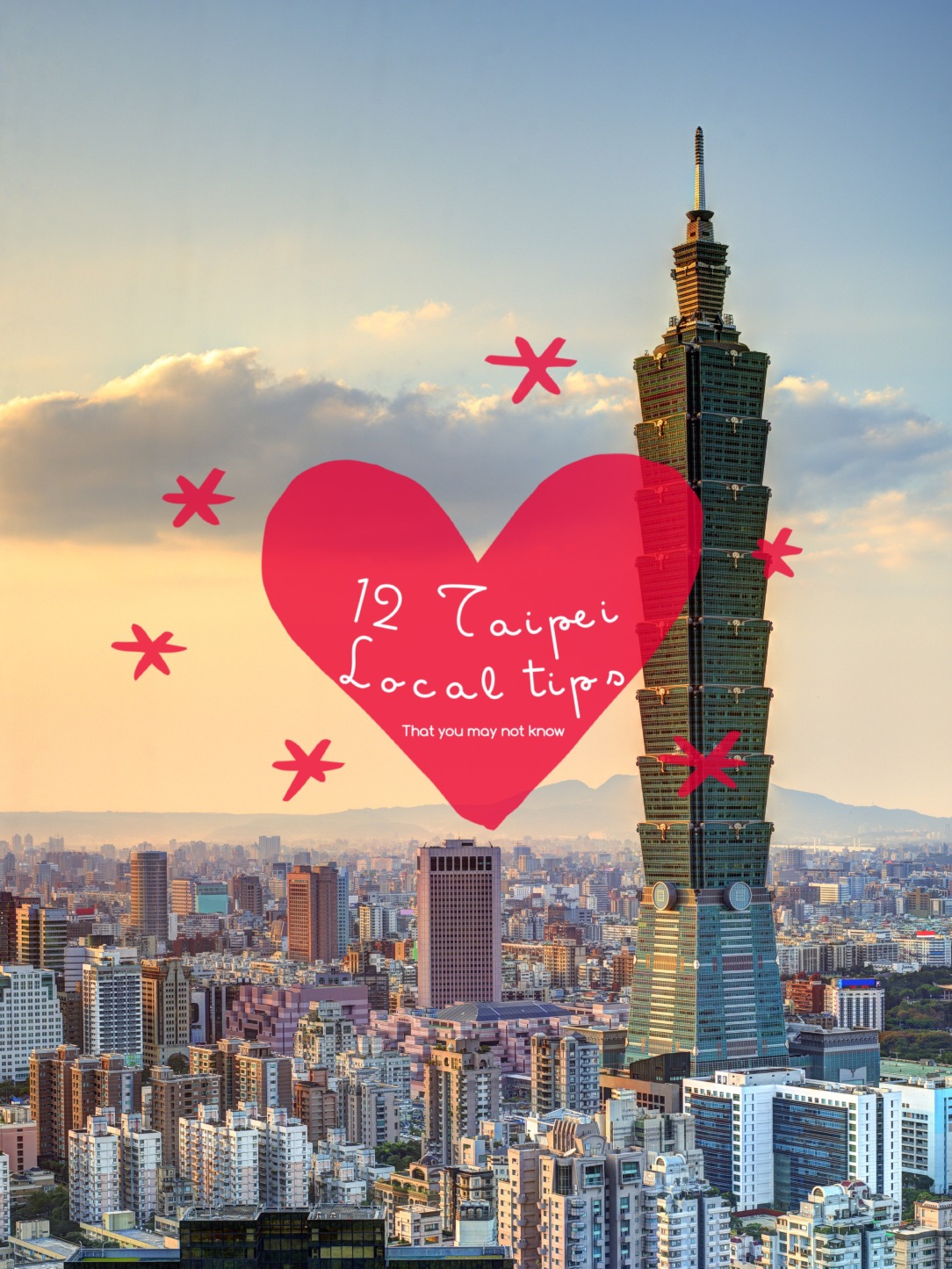 12 Taipei Local Tips That You Do Not Know

Here I am sharing with you 12 local tips in Taipei, venture to markets, shopping streets, shops, museums, and other places that you may not know about… 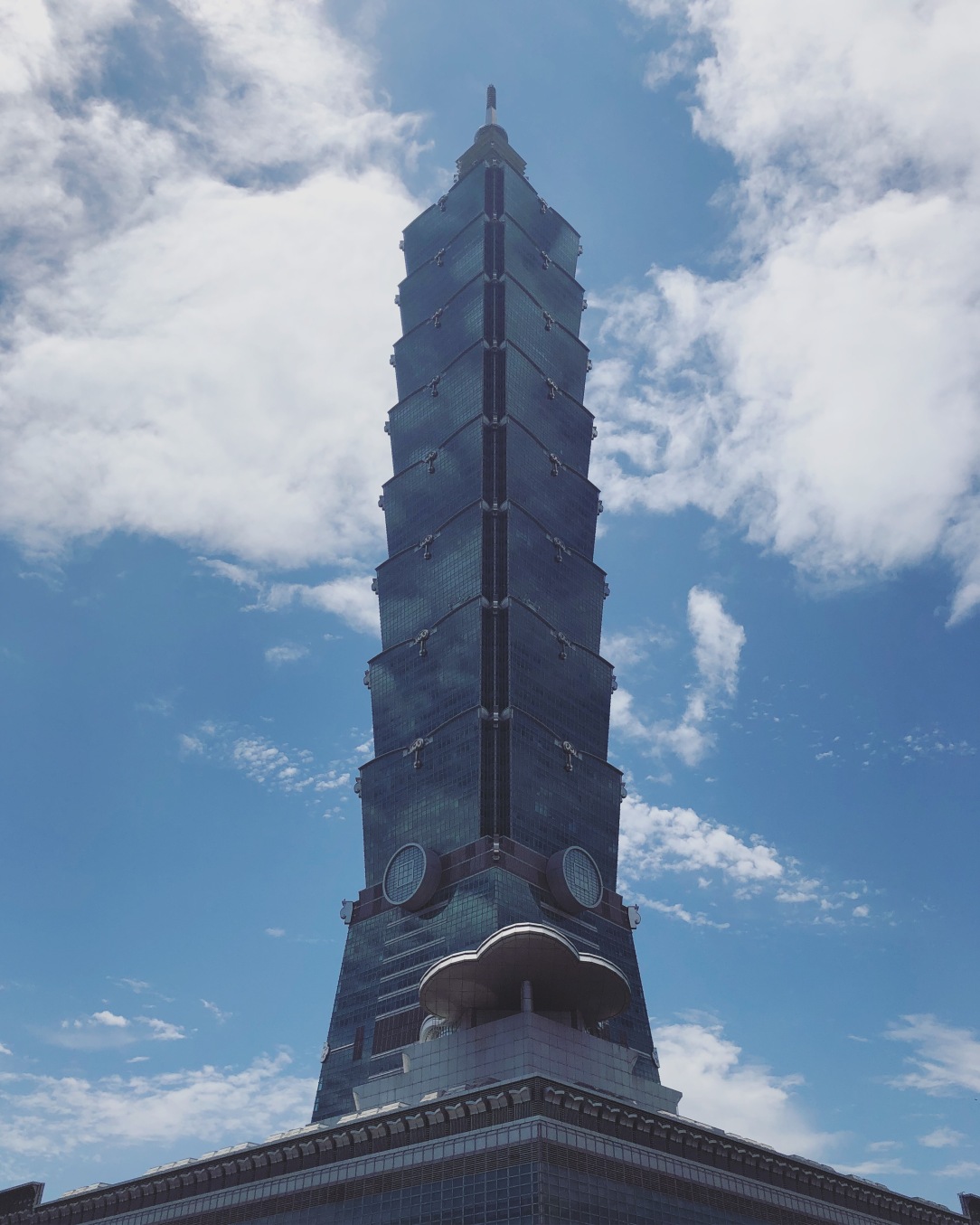 I may visit Taipei a few times around the year – and it always rains! Honestly, Taipei is getting more and more exciting apart from the rain. Of course, Taipei has some classic monuments, old streets, night markets, and museums; but the city is also evolving with lots of hip cafes, trendy art spaces, and hidden treasures. This time, I am offering a number of local tips that travelers may not be aware of and I would recommend putting them on your itinerary during your exploration!

Send a Postcard from a Bent Postbox

A typhoon swept across Taipei in August 2015. It may have brought some damages, but it brought out the optimistic side of the Taiwanese as well. Two postboxes, now called Xiaolu (Little Green), and XiaoHong (Little Red) endured the fierce 200 km/h wind and survived the typhoon. They are, however, pulled slightly out of the ground and bent out of shape as if they were frozen in the moment of being blown away. The locals found they look so hilarious and immediately became a photo-taking hotspot. The district council then, therefore, decided to keep them that way as a tourist attraction. These post boxes are still in service and acceptance letters. 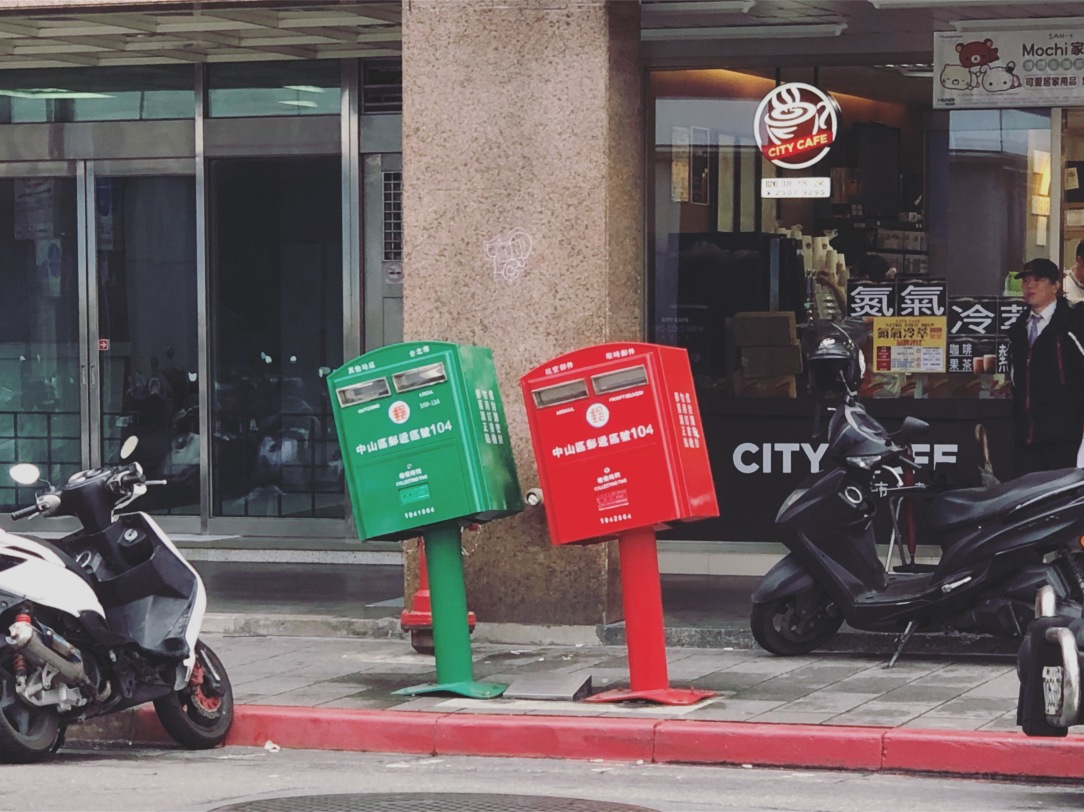 Admire Colorful Mosaic in a Tunnel

Many might not like going through a walking tunnel because it seems dark and dangerous. Here in Banqiao, the district council had decided to beautify the neighborhood by inviting artists to create colorful mosaic art on the walls of the east gate walking tunnel and then it became a great photo-taking spot. The walking tunnel is outside Fuzhong MRT station (Exit 3) and the mosaic’s theme is based on the nearby attraction: The Lin Family Mansion and Garden. Therefore, it features exotic plants, trees, yellow houses, bats, and butterflies. It’s an interesting mix of Chinese garden and Western art, and not many would know about this place had they not walk through the tunnel when they are in Banqiao, New Taipei City. Explore Banqiao 435 art district and check out the art exhibitions. 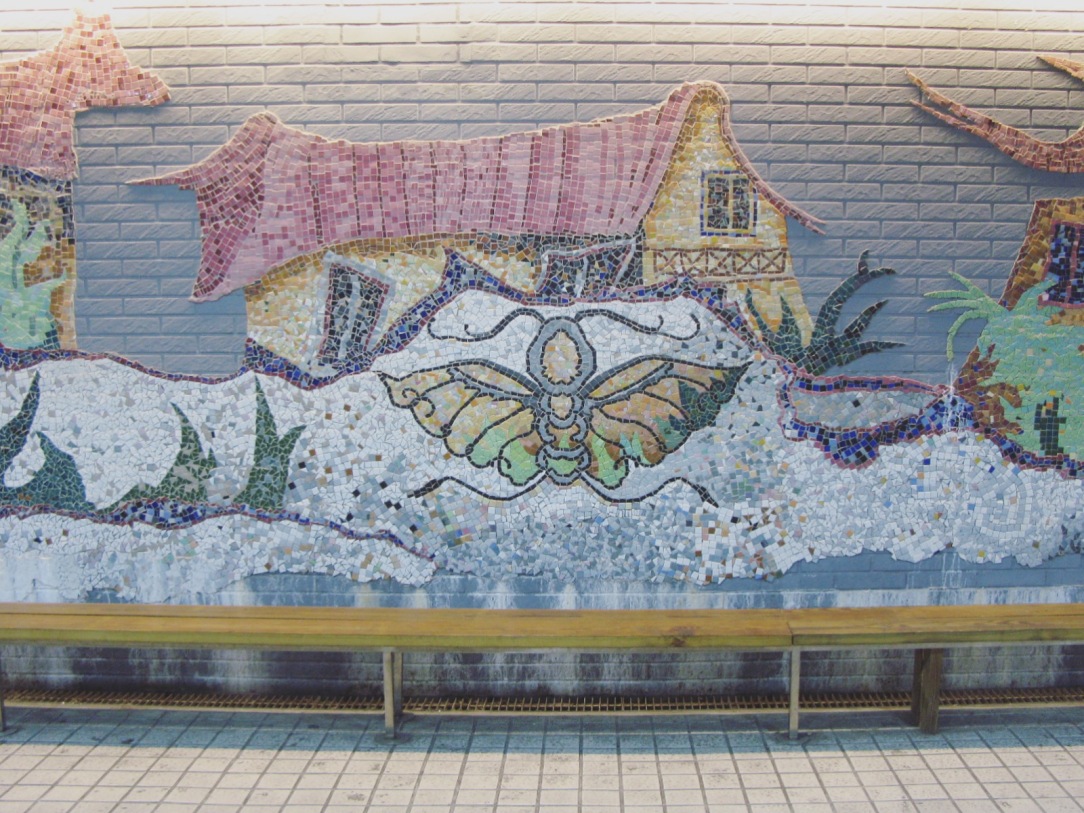 Jimmy is a famous Taiwanese picture book writer. His works have been some of the best-selling picture books in Asia, and some of his works have been turned into movies. One of his most popular books, The Sound of Colors, was about the story of a blind girl, and her imaginations when she rides the city’s MRT. While Jimmy is already retired, it seems appropriate to feature the illustrations of his book in an MRT station as public art. Tourists don’t usually go to Nangang Exhibition Center MRT station; Nangang is an in an industrial district for high technology development, the Nangang Exhibition Center hosts lots of tradeshows and convention all year round. Jimmy’s artwork could be seen everywhere in the station, including the lobby, platform, and escalators. 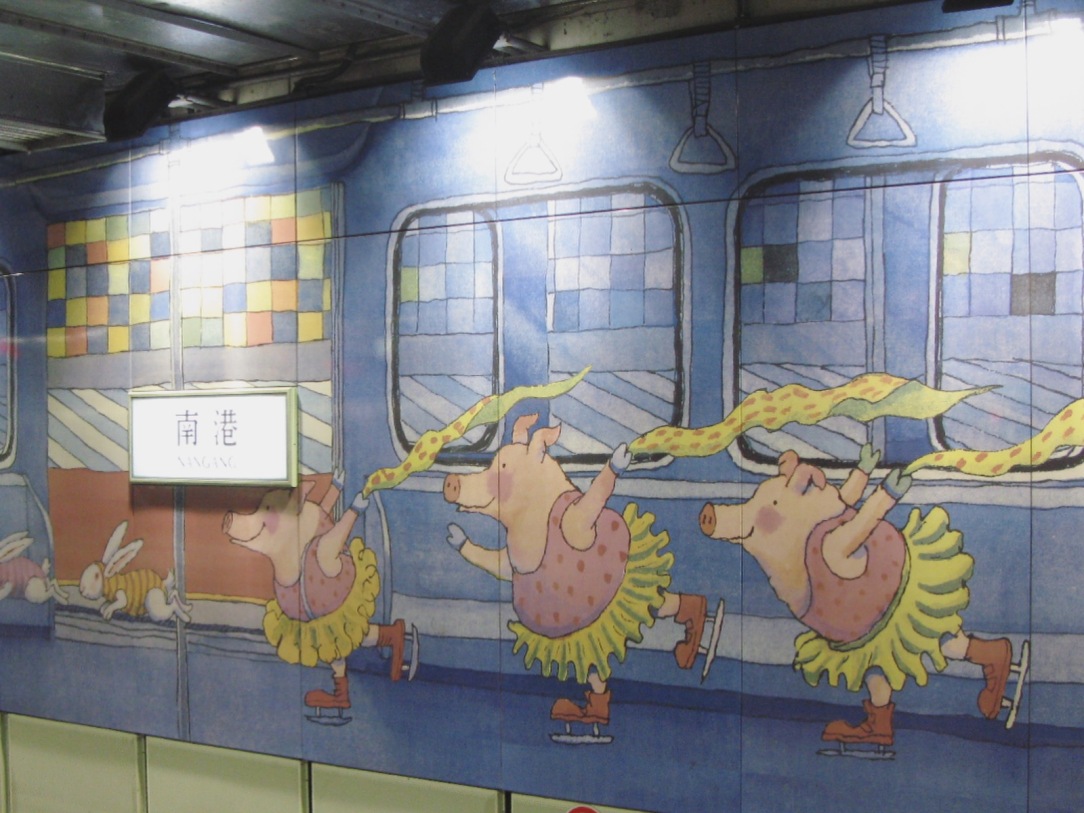 Explore How People Live in the Future

JUT Art Museum is funded by JUT Foundation and they devoted themselves to Taipei’s art development. The art museum opened in 2016 but it focuses on creative architecture and future city developments; it hosts several temporary art exhibitions featuring local and international architects and artists, exploring topics like the Third Generation City and future housing. For those who wonder what people may (or can) live like in the future, their exhibitions offer some interesting ideas and insights. 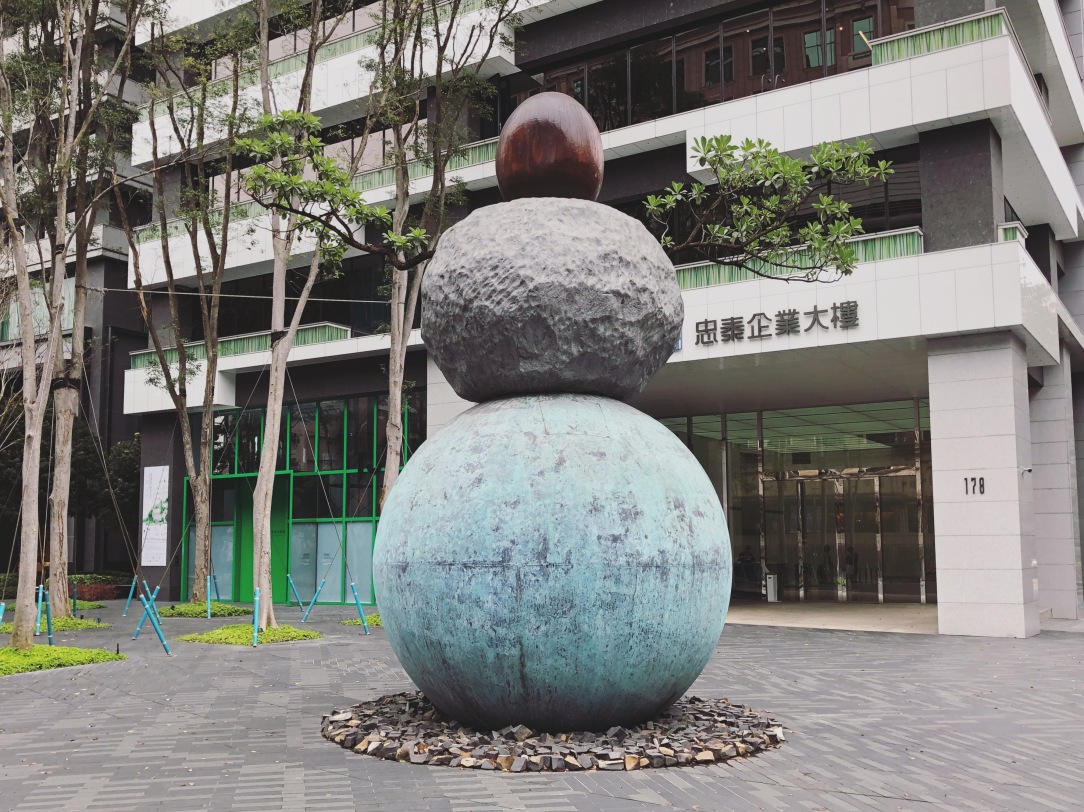 The museum is just a 5-minute walk from the Taipei Train Station, yet it didn’t get much attention it deserves as it was hidden behind the new shopping malls on the main streets. however, the building is a heritage itself. With red brick walls, wooden frames, and black tiles rooftop, the museum was a classic colonial-style elementary school during the period of Japanese rule. The exhibition halls feature artworks from contemporary artists in Taiwan and Asia. 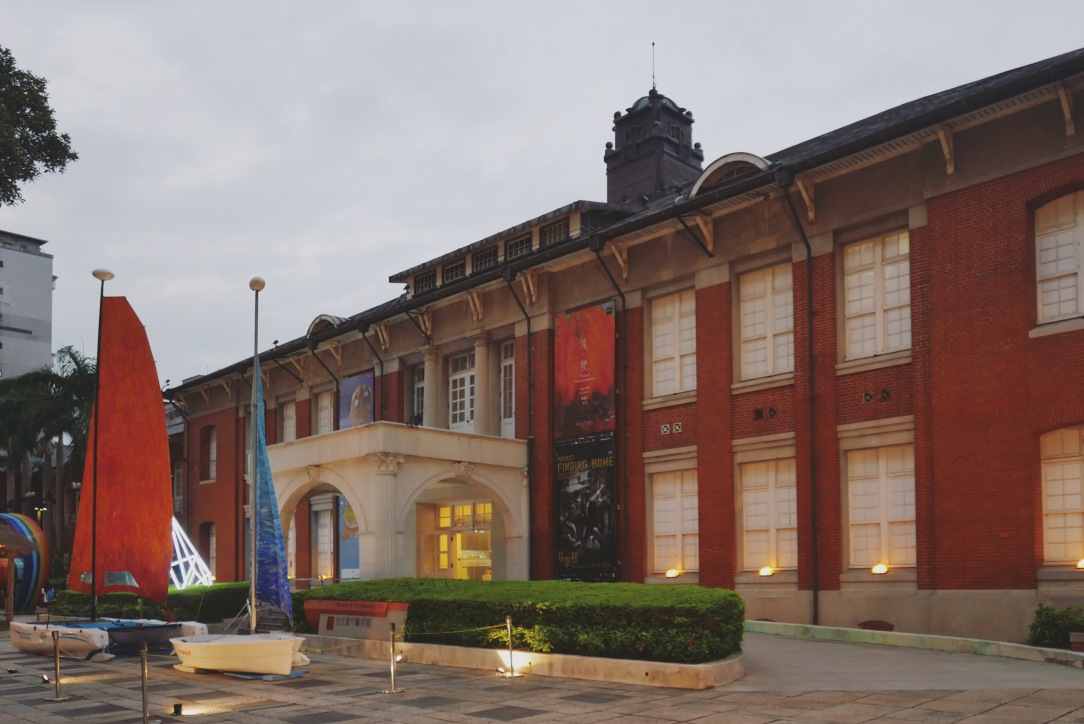 Address: No. 8, Section 1, Roosevelt Rd, Zhongzheng District
Nanmen Market is where the locals would buy traditional food for Chinese festivals, like Lunar New Year, Ching Ming Festivals, Dragon Boat Festivals, and Mid-Autumn Festivals. The shops on the 1st floor have a divergent coverage of Chinese cuisine in the South, East, and West. Chinese ham, dumplings, rice dumplings, Chinese bakeries, dry sausages, roasted suckling pig, and much more. It has a food court for visitors to try out some local food; while you may not have enough room in your stomach for all the dishes, it was an eye-opening experience to learn about the Chinese tradition.

Get Drunk in a Moroccan-style Café

Drunk café is located next to the CTS TV Station and it’s owned by 2 cinematographers and 2 models. Once you get in the café you will find a lot of photo-taking spots. The café is divided into 3 sections: Indoor area, outdoor area, and the glass dome area. The outdoor area is designed based on the United States and Moroccan style, and the indoor area has a North European vibe. There is a sandpit with beanbags and canopies. What’s more, they have a number of alcoholic coffee drinks on their menu: from baileys latte, Santa Monica, Sicilian coffee, to rose latte. It’s a great place to hand out with a bunch of friends and get a little bit drunk! 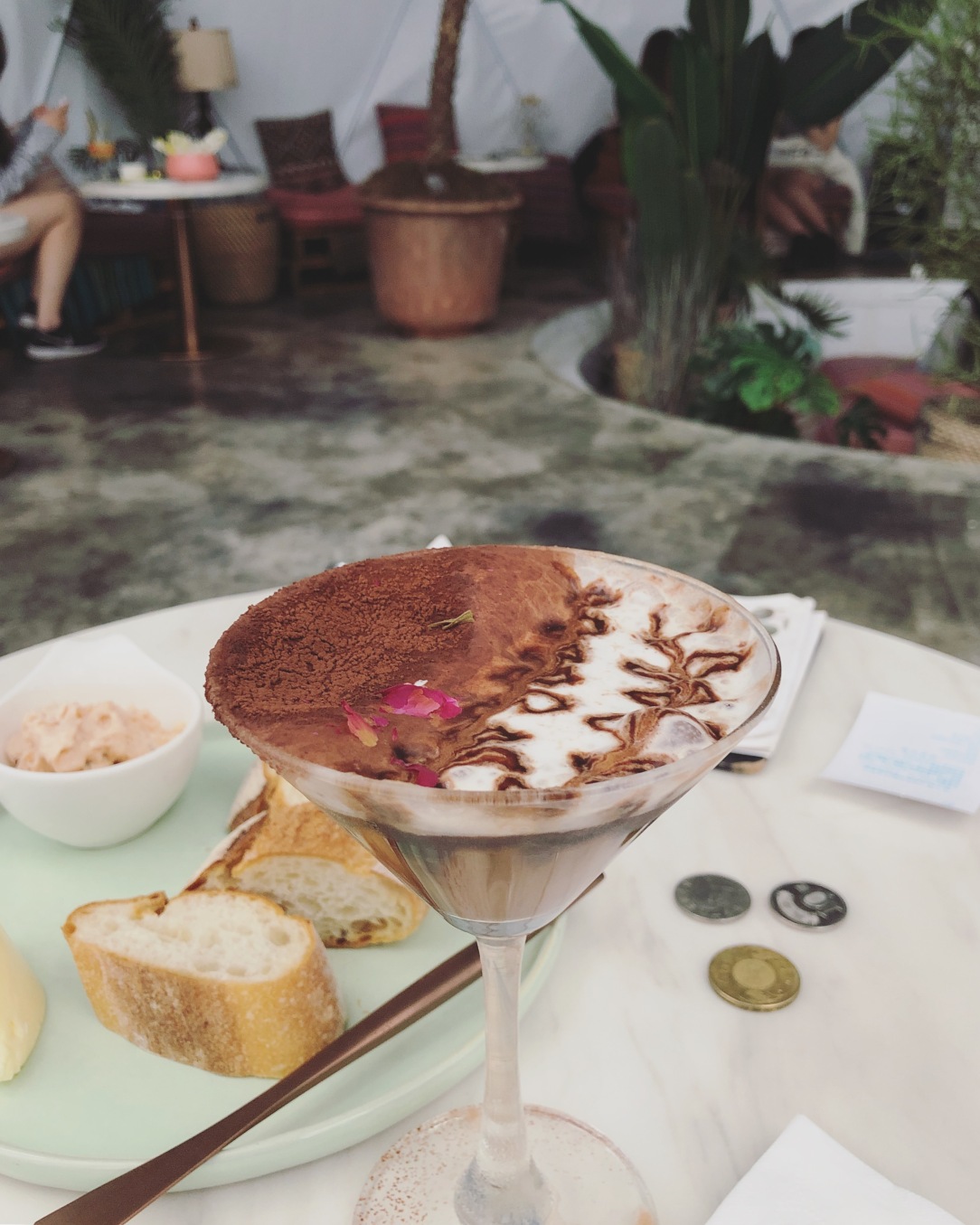 Go on a Shopping Spree in Wufenpu

Wufenpu is a wholesale fashion market with hundreds of stores scattered around Songlong Road, Songshan Road, Yongji Road, and Zhongbobei Road. The indoor shopping area used to be a hotspot for shoppers; but now, the shopping area is further extended to the streets at the back of Songshan MRT Station. In fact, many of the popular shops are located there. Wander around these streets and look for your favorite trendy fashion; these stores offer mainly Japanese and Korean style clothes, and they are of good quality and value with a good bargain.

Hunt for Goodies in a Weekend Market

Tianmu is off the tourist radar mainly because MRT does not go there. For years it’s been Taipei’s best kept secret and Tianmu Creative Market opens every weekend (Friday evening, Saturday and Sunday). The market is divided into three main sections: Flea market, creative market and street performance area. Start-up designers set up stalls for their own creative products, old goodies and ‘antiques’ would be found in the flea markets, spent an afternoon strolling around, meet the vendors, enjoy the street performance and then have an afternoon tea in the nearby cafe.

Check out: Taipei – To Market, to Markets 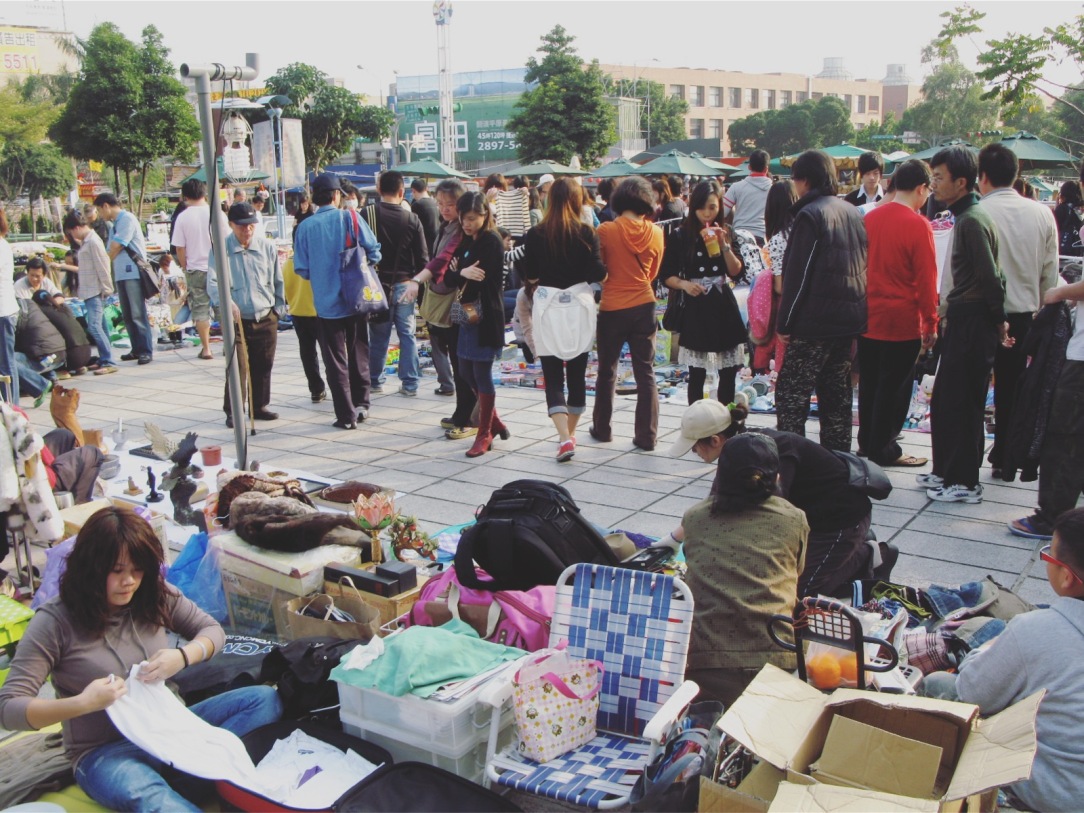 Sip a Cup of Tea in an Old Street

Maybe Dadaocheng is less popular and well-known than the Huashan and Songshan creative parks – but the Dihua street has a 1920s old Shanghai vibe. It is a historic market street that was filled with old tea houses, traditional gift shops, and historic buildings. Today, the area is rejuvenated by adding in design stores, coffee shops, mini-theatres, and studios. Drop by at the visitor center and check out the latest shows, arts and crafts workshop, or tea tasting and demonstration programs. 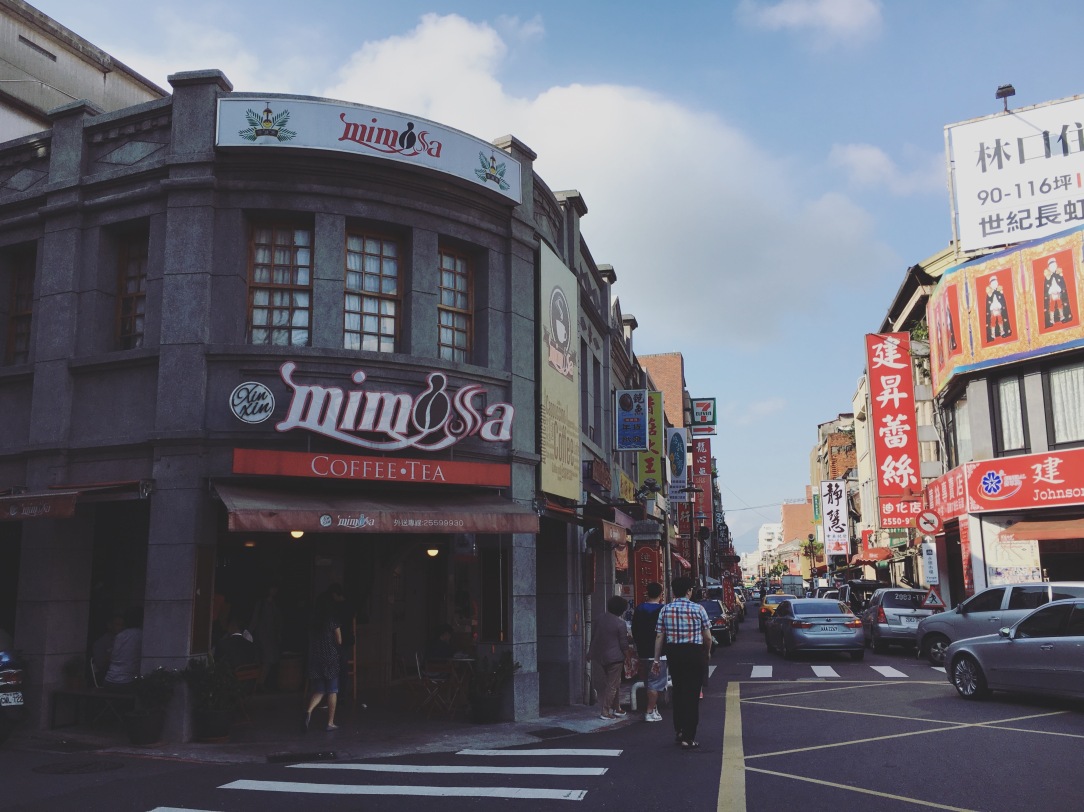 Visit the Only Tudor House in Taiwan

Taipei Story House is a small museum next to the Taipei Fine Arts Museum. The English Tudor-style mansion is only one of its kind in Taiwan; the entrance has four Ionic orders, and through the curved walkways that lead to the second floor, the house has a Gothic-style brick chimney and a copper rooftop. In 2003, the city government restored this historic site, turned it into a museum and focuses on showcasing Taiwan life culture. The house hosts temporary exhibitions about antiques and Taiwanese cultural heritages. The garden was mindfully designed in classic Victorian style with ponds, fountains, and fences, making it an interesting place for a short visit – just to relax and enjoy this unique house. 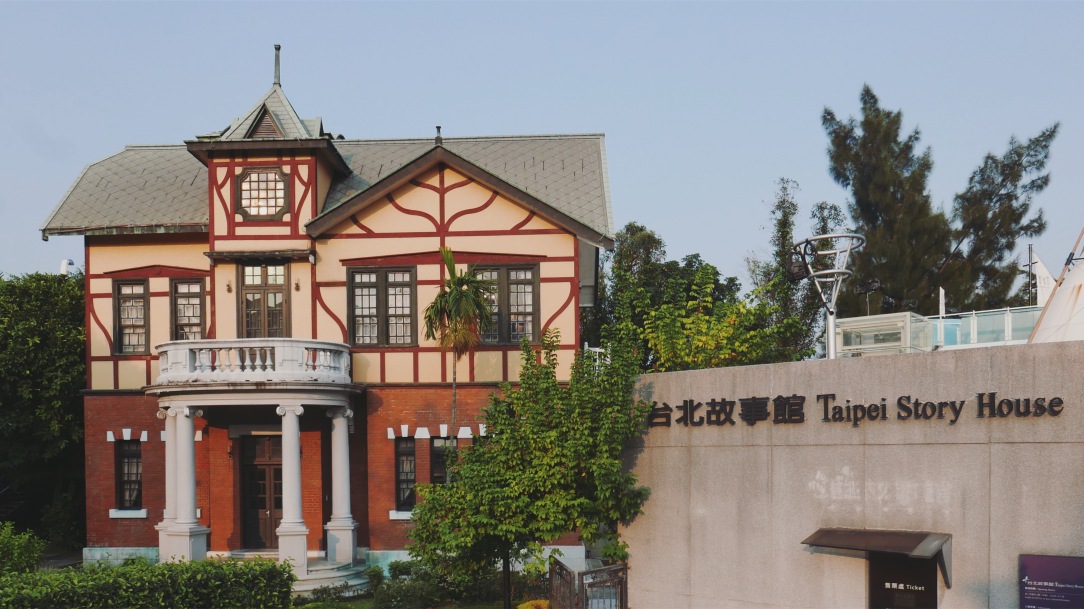 Wander in an 80-year-old Market

The Manhua district is an old district that is off the tourist track; however, it showcases the other side of Taipei with old times architecture and street food. It is a good way to get in touch with the lives and history of the locals. Shintomicho Cultural Market is smaller than the famous Huashan 1914 Cultural Park, yet it worths a visit. The market is funded by JUT foundation and it’s officially opened since 2016. The site was an old market during the Japanese colonial period, and it’s a charming conversion into a new landmark with a cafe, shared offices, exhibition hall, and photo-taking spots. It is a good way to experience an old architecture in Taipei. 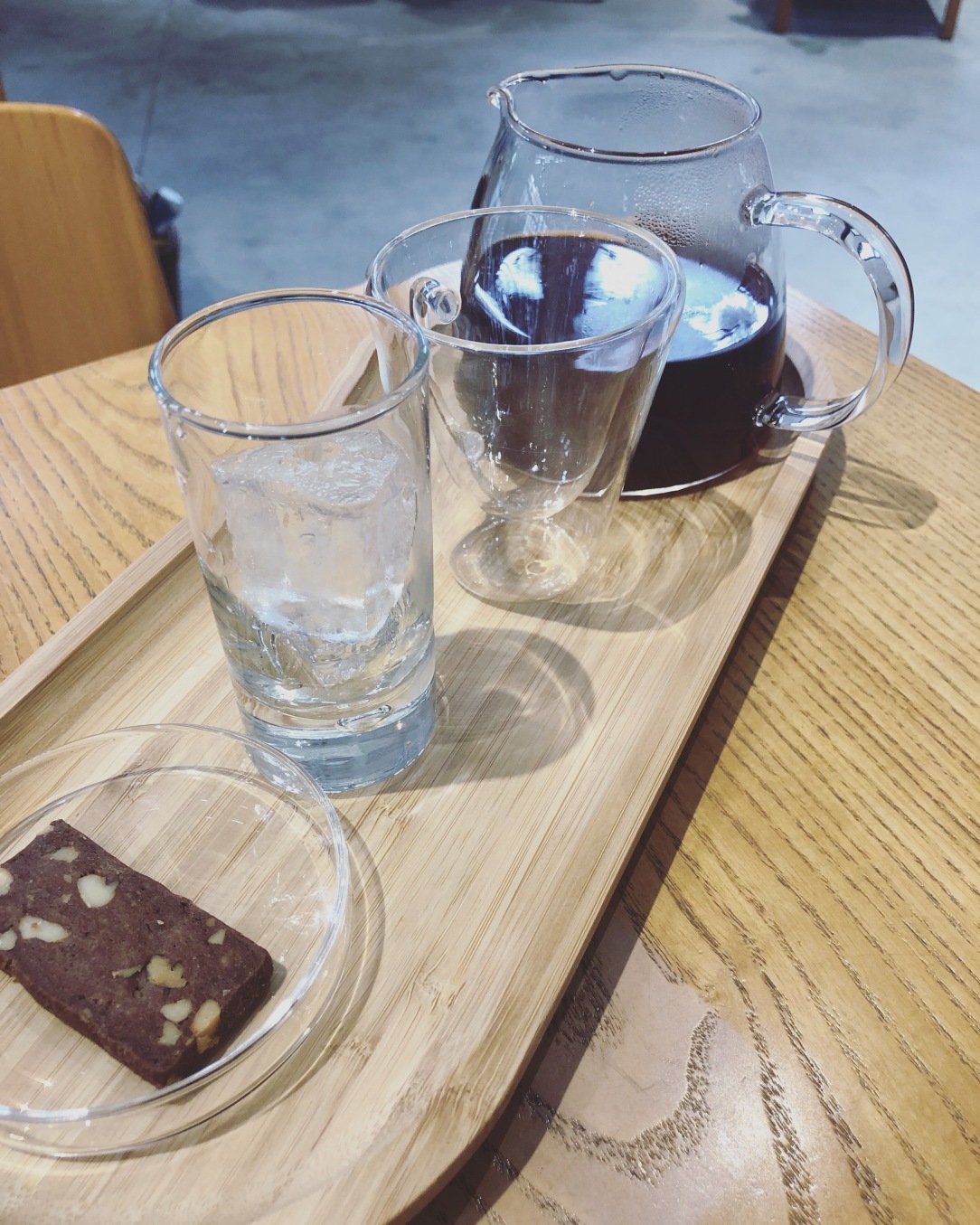 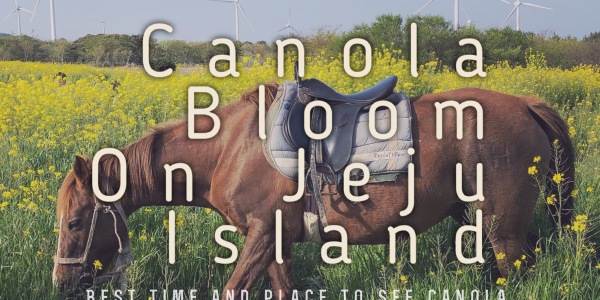 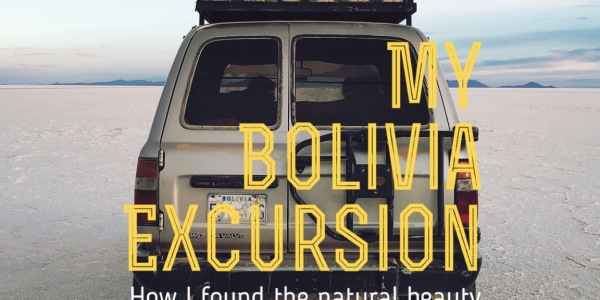 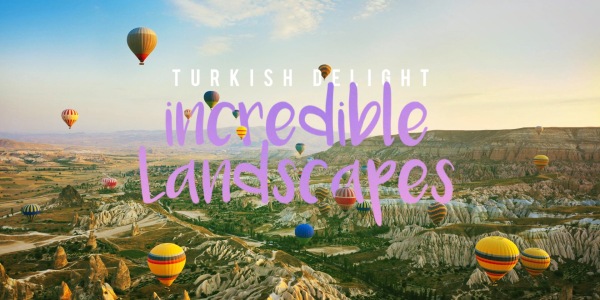