Perth 4 Day Itinerary that covers Perth’s city center and the outskirt areas in Western Australia. From Fremantle, Rottnest Island, Busselton to the Pinnacles and Lancelin.

I was just walking down the memory lane of my little adventure to the “Belly Button of the Earth” two years back, and I remembered how we spend the 4 days we stopped over Perth in Western Australia. As I have mentioned a couple of times in my previous posts, Perth is the world’s most isolated metropolitan area in the world. Geographically, Perth is actually closer to East Timor, Jakarta, or Bali than any other Australian city in the East. There’s no city of comparable size anywhere in the world that’s so remote. The sense of desolation was somehow contagious to me; when I was in the middle of nowhere, I just wanted to get away more.

Having said that, Perth and its surrounding area offer plenty of sunshine, beaches, natural resources, and delicious food and wine. We were in Perth for 4 days before heading to Uluru, and here’s a 4-day self-drive itinerary that covers some of the area’s best highlights.

We headed out of our apartment in the morning and drove toward the southwest of Perth’s city center with swimsuits, caps, and suntan lotion in our backpacks. We planned to head out to Fremantle first, and then take the ferry to the Rottnest Island!

Fremantle is located on the coast facing the infinite Indian Ocean. The Fremantle Prison is the only UNESCO World Heritage-listed building in Western Australia that stretches way back to 1855.

The prison housed some of Britain’s notorious convicts than the state’s toughest prisoners right up to its closure in 1991. Now, visitors could go on a tour of the historic site, including popular ghost tours.

Nearby the prison is a tourist area. We had a great time exploring the Fremantle Markets, where we found fruit stores, design souvenir shops, and many other delicious snacks. Outside the market: cafes, bars, shops and entertainment interspersed in the old town area, together with the historic buildings. 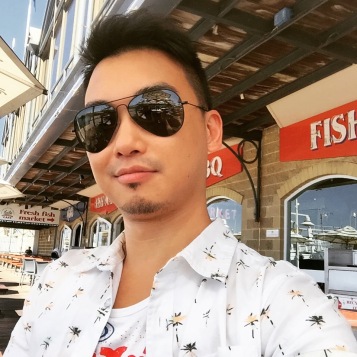 We drove to the North Fremantle Ferry Terminal after lunch and it was time to get active in the Rottnest Island. While an island paradise sounds like a place far, far away; it is merely a half-hour ferry ride away from Fremantle. Yes, “Rotto” is an island paradise – azure blue sea water, gorgeous beaches, pristine bushland, dramatic rock formations, miles of cycling paths, historic houses, and relaxing resorts and recreational facilities. No wonder the population of the island upsurges from 100 to 15,000 when tourists flock during the summer holidays.

We hopped on a bike once we got off the ferry and began our round-the-island “beach hopping” tour. Keep an eye on the road when biking because you might catch a glimpse of the cutest and happiest marsupial, quokka, that lives on the island. We saw a pelican (which is giant, as tall as a human adult) stood at the top of the lamp post when we headed back to the ferry terminal during sunset.

A lot of tours and activities are available on the island! If you are an active traveler, you won’t be bored. Exciting activities include electric bikes, Segway, scenic flight, skydiving, diving, and underwater walk; The island has diverse natural resources, too. Salt lakes, Quokka Walk, Reefs and Wrecks, Oliver Hill, and so much more! If you have more time, stay in one of the resorts or cottages to enjoy the spa and fun parks.

The next day we headed to the south of Perth. We met some adorable dolphins in Bunbury. If you can reach Bunbury really early and in summer, consider joining the “Swim Encounter” eco-tour and swim with the dolphins.

Then, we headed to Busselton where we jumped out of a plane and had a nice dinner at the Busselton jetty. It’s a once-in-a-lifetime experience, but If the daredevil act is not your thing. Enjoy some nice food and wine vineyard-touring at Margaret River; the area has a reputation of fabulous wineries and restaurants.

Day 3 North of Perth, the Pinnacles and Lancelin

On day 3, head to the north and explore the wonderful mother nature. The landscape of Western Australia is diverse: It has broad plateaus, red rock desert, exquisite rock formation, dramatic coastline, unique pink lakes, and pristine bushlands. While you may not actually see all of these features in a day, we visited the Nambung National Park, the Pinnacles, and met with the Koala at the Caversham Wildlife Park on the way. We went sand sliding at Lancelin on the way back to Perth. Remember that you need a 4×4 jeep because there were a group of exchange students and their car was stuck in the sand, we helped pull the car out or they could be in trouble.

Check out: Adventurlicious, to the North of Perth 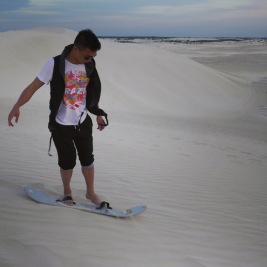 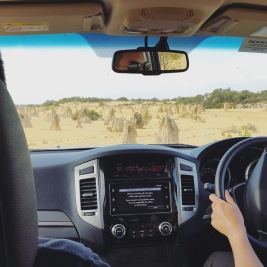 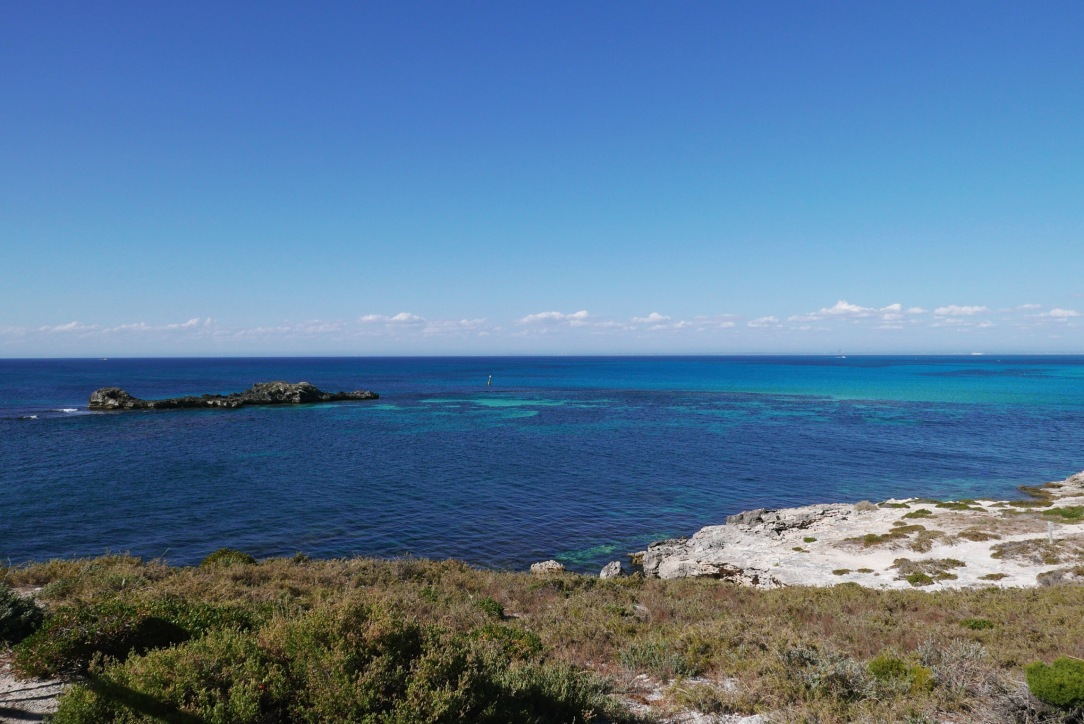 Finally, we explored the urban area in Perth. After lawn breakfast, a morning jog, cartwheel practices at the South Perth Foreshore, we headed to the Elizabeth Quay.

Opened in 2000 as Western Australia’s Millenium project, this modern glass sculpture is located at the Elizabeth Quay (in the heart of Barrack Square), and it’s an eye-catching landmark of Perth’s riverfront. The tower is only 82.5 meters tall yet it houses the Swan Bells., which comprise 18 bells sourced from historic churches in London.

Join an interactive demonstration in the world’s only bell tower that was custom built to allow safe, close-up viewing of the bell ringers practicing this highly specialized musical style.

The tower is surrounded by ceramic tiles designed by school kids around Western Australia and contains an observation deck on the 6th floor that enjoys peerless bird’s eye views over the Swan River.

We also visited the nearby London Court (which we spent quite a lot of time in the area in the evening); this is an open-roofed historic shopping arcade located in Perth’s CBD which was built in 1937. It was wonderful that these historic buildings are still well-protected within the hustle and bustle of the busy St George Terrace.

The Kings Park is another of Perth’s pride and joy. Kings Park is amongst the largest urban parks in the world. Yes, it’s larger than New York’s Central Park (by 20%), London’s Hyde Park, Vancouver’s Stanley Park, or San Francisco’s Golden Gate Park. Kings Park is a verdant thousand-acre oasis in the heart of Perth, offering postcard-perfect views of the CBD skyline and the Swan River (and I picked it as the cover of this blog!) at the front lawn of Botanic Gardens. The Park also features over 300 species of native Western Australian plants, dozens of bird species and miles of manicured gardens and untamed bushland. 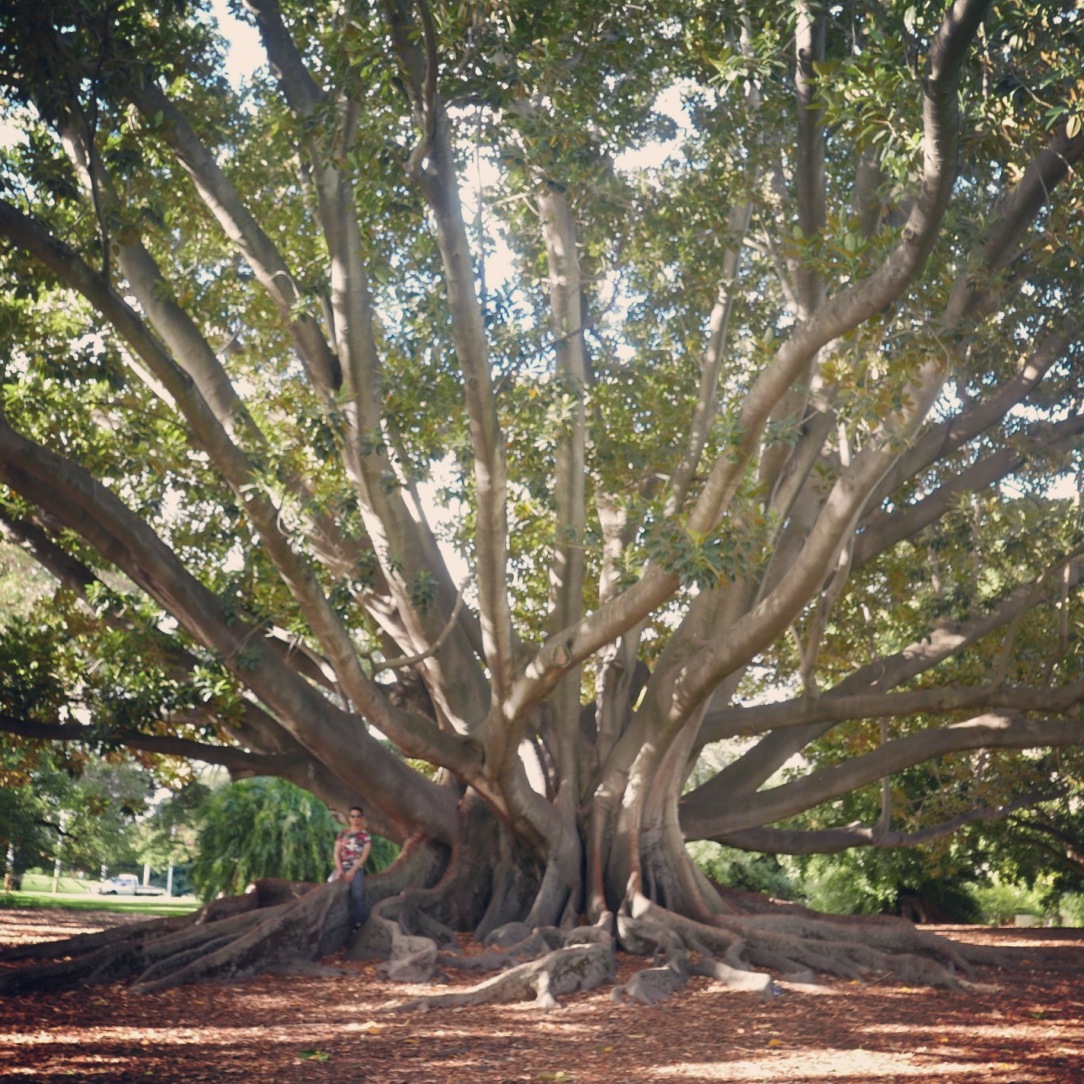 The black swan (not the one in Natalie Portman’s movie) is a large waterbird that mainly found in southeast and southwest Australia. So, naturally, it becomes the symbol of Western Australia. The planned to go to the Lake Monger Reserve as it’s a good place to find and interact with this unique and fascinating creature. It was quite convenient to uber everywhere in the city and we saw a lot of spacious condos by the lake!

We headed back to Perth’s CBD at night and to be honest, I was pleasantly surprised that the city has quite a diverse coverage of Asian cuisine. We also love the churros at San Churro Chocolateria!

Of course, there is still a lot to explore and I will add them to my itinerary for my next trip. But now, I would like to share some “Aussie” slangs that you may not actually use them, but you would understand what they mean when you hear them~

Your little ripper!: Words of praise fail me.

Rack off: Your presence is no longer required

Pull ya head in: You may be correct in your assertion but shut up.

Wanna rage: Would you like to drink large amounts of alcohol with me until we both drop?

Bloody oath!: I’m in total agreement with you.

Your shout: If you value your well being you should buy the next drink.

Go on: I’m not entirely convinced you know what you’re talking about.

Have a chunder: The delicate act of regurgitation.

Give it a go ya mug!: Are you perhaps incapable of performing this act?

Wanna cuppa?: Would you care for some tea?

Go and tart yourself up.: Please dress in your best clothes

Wanna come to our piss up?: You are invited to our party

How ya goin’ luv?: I hope you are feeling well.

Don’t get your knickers in a knot: Don’t upset yourself.

The old man’s shot through: My husband’s left town

Shut ya gob!: Tell someone who cares

Grouse lippy: What a nice shade of lipstick.

5 Cities in Australia You Should Visit